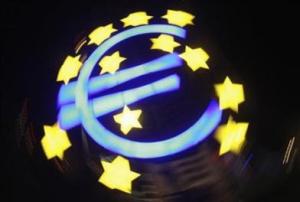 The European Central Bank’s decision on Friday to stop accepting Greek government bonds as collateral was not the first such move made by Frankfurt but there was something distinctly ominous about the timing and implications of its choice.

“The ECB will assess their potential eligibility following the conclusion of the currently ongoing review, by the European Commission in liaison with the ECB and the IMF, of the progress made by Greece under the second adjustment program,” the central bank said.

The ECB has twice before this year refused Greek banks the ability to use government bonds to draw much-needed liquidity. The first was after the bond restructuring, or PSI, and the other was before the start of the bank recapitalization process. In both cases, Greek banks were excluded and had to rely on Emergency Liquidity Assistance (ELA) to gain access to funds. They have reportedly drawn more than 60 billion euros this way.

ELA means that the banks are able to borrow from the Bank of Greece, rather than the ECB, by putting up collateral that is theoretically more risky than bonds, such as small business loans or mortgages. While ELA is a useful stopgap measure, it is no more than that.

First of all, it is not sustainable. ELA funding requires a spread of about 200 basis points above the ECB’s marginal lending facility rate, which is currently at 1.5 percent. This means that cash-strapped Greek banks borrow at about 3.5 percent, more than double what lenders in other eurozone countries are paying.

ELA also spells trouble for the Bank of Greece because it bears the risk of the loans rather than the ECB. If Greek banks are borrowing via the ELA, the ECB and the Eurosystem is less exposed to a default. In the time that Greek lenders drew 62 billion euros from ELA, they have borrowed 74 billion from the ECB, according to Reuters. If there is an underlying intention from Frankfurt to hedge its bets, it doesn’t seem to have done badly.

Finally, ELA leaves Greece’s financial sector at the mercy of the ECB board. The Bank of Greece needs Frankfurt’s approval to accept assets from local lenders. A two-thirds majority decision by the ECB’s governing council could deny Greece’s central lender the right to fund local banks through ELA. ECB politics means that it could only take one or two important members — such as the head of Germany’s central bank, Jens Weidmann, to swing the decision and stop the liquidity program.

However, the technicalities of the ELA are the least of Greece’s worries at the moment. It is the implications of the ECB’s decision that should have the alarm bells ringing in Athens.

While Frankfurt’s two previous refusals to accept Greek bonds this year were linked to specific events and served as a brief parenthesis in the liquidity process, by linking its latest decision to the troika report on Greece, the ECB has opened a bracket without knowing when or if it will be closed.

The troika’s assessment of the Greek program is not due until the end of August and will not be discussed at a European level until September. This is a worryingly long time for Greek banks, which have been losing deposits steadily over the last three years, to be left in this liquidity limbo, cut-off from ECB credit. There must be serious doubts about whether the Greek financial system can survive such a test at this challenging time.

Then, there is the question of what the troika’s report will say and how that will be interpreted by the ECB. This adds one more uncertainty to an already precarious situation. We should be under no illusions; this is how a Greek eurozone exit would occur. A lot of hot air was expelled by politicians on the left and right before the elections with regard to there being no mechanism or treaty regulation that foresees a country’s departure from the single currency but in reality there is no need for one. If the ECB, for whatever reason, decides to permanently cut off Greek banks from funding, the country’s financial system will collapse and Athens will have to start printing money, drachmas in this case. It would be a particularly cruel way to effect a euro exit but this crisis hasn’t been littered with pleasant moments.

The ECB’s stance on Greece over the next few weeks is likely to be the most crucial of all the country’s lenders. Athens has a 3.2-billion-euro bond held by the Frankfurt-based central bank to pay when it matures on August 20. It simply doesn’t have the money to do so and given that there will be no loan tranche due until after eurozone leaders have analyzed the troika’s report in September, it is not clear how this bond will be paid. One option is to extend the maturity by a month, another is to provide Greece with an advance on its next loan tranche, or a bridge loan, while a payment from the EFSF crisis fund to the ECB is also possible. There is, of course, the nuclear option as well: default.

On Friday, European Commission Monetary Affairs spokesman Simon O’Connor said that a “technical solution” is being sought, without going into details. This is unlikely to have filled the Greek government with confidence. The route that is chosen for dealing with this ECB bond will probably provide a good indication of how close Greece is to a euro exit. A loan advance would suggest that the troika is willing to persevere with the Greek case a little longer. Other options would point to deepening skepticism and uncertainty.

There is another implication for Greece from Friday’s ECB decision. With its banks excluded from ECB funding and no bailout tranches due until at least September, Greece will run out of money very soon. An expected 1.3-billion-euro surplus at the end of this month will disappear within days. Greece’s only source of short-term funding would be three- or six-month T-bills. At last week’s auction of three-month bills, Athens raised 1.6 billion euros at a yield of 4.28 percent. A day later, Portugal paid a yield of 2.29 percent for its six-month paper. Greece is already paying a much higher price for its short-term borrowing than other bailout countries even though the bulk of its T-bills are bought by local banks. This tactic means the yields do not fully reflect market strains. However, if Greek banks don’t have access to cash and Greece has to turn to a wider market in August, its borrowing costs are sure to rise. Investors will know that all the other sources of funding available to the government have run dry and will demand a larger premium to buy Greek debt.

It is slightly puzzling that such an onerous decision as rejecting Greek bonds should be taken by the ECB just a couple of days after one of its board members made extremely generous comments about Greece’s fiscal efforts. In what is probably the most positive statement about Greece to come out of the mouth of an ECB official over the last two years, policymaker Joerg Asmussen told Germany’s Stern magazine: “We should show respect for what Greeks are doing. From 2009 to 2010, Greece took fiscal adjustment measures equivalent to 5 percent of GDP. If this was translated to the Germany economy, it would mean saving about 125 billion euros within a year. Something like this would create real problems for any government. So, we should at least say: ‘Well done, it’s a start.’.”

The ECB’s decision on Friday seems in complete contradiction with the spirit of Asmussen’s comment and it may be an indication of where the power balance between the “hawks” and the “doves” in Frankfurt now lies. A decisive shift towards the fiscal conservatives could seal Greece’s fate.

Taking all this into account, the ECB’s policy verdict on Greek bonds carries an unusual political tilt. It appears that Europe’s independent central bank has taken a deliberate political choice rather than an impartial economic decision. Frankfurt has opted for the one policy tool it had that could maximize the pressure on the Greek government at this crucial point. Maybe it is a reminder to Athens that it has yet to conclude its bank recapitalization process, with the questions over the future of ATEbank in particular remaining unresolved. It seems more likely, though, that ECB policymakers are making it clear to Greek politicians their room for maneuver disappeared some time ago. Using the troika review as the pivotal moment is unlikely to be a coincidence.

The mood within Europe has clearly turned against Greece and there is little desire to spend more time or money on resolving the country’s problems. The political will has vanished in many eurozone countries and the bigger threat of a Spanish or Italian derailment is drawing greater attention. Greece has a strong case in its wish for a reworking of the bailout given the deepening recession but the troika does not appear prepared to deviate from the line that has been set. As German Finance Minister Wolfgang Schaueble put it a few days ago, the program will not change because “it has been decided”. What the coalition and many Greeks hoped would be a renegotiation process is shaping up to be a straightforward case of “take it or leave it.” If this is the case, what better way to exercise that final turn of the screw than to make it painfully clear to Greece that it is on the brink of disaster? By rejecting Greek bonds, the ECB flicked the switch to illuminate a display over the euro highway that reads: Beware, road ends ahead. We have been warned.