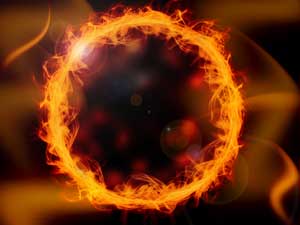 “I want my life back, now!” was one of the chants heard at a teachers’ rally on Friday, when they protested against job transfers and sackings in the civil service. It’s been clear over the last three years that our daily comforts, as small as they may have been, are slipping away one by one and being replaced by uncertainty or, even worse, dead ends. To be alarmed by this is only human. We shouldn’t forget, though, that for some Greeks the wish of having their life back is not a slogan but the basis for their epitaph.

The death of three employees at the Stadiou Street branch of Marfin Egnatia Bank in central Athens remains one of the most shocking moments of this crisis. Coming on May 5, 2010, shortly after Greece agreed its first bailout agreement with the troika, the arson attack on the bank and the deaths of Angeliki Papathanasopoulou, 32, Vivi Zoulia, 34, and 36-year-old Nondas Tsakalis serve as one of the bookends for this crisis. When the other will arrive, marking the culmination of this exacting period, nobody can be sure.

In the meantime, Greece has to deal with the fallout from its dire situation and the truth is it hasn’t done that particularly well. The fact that the hooded arsonists who smashed the windows of Marfin Bank during an anti-austerity protest and then set fire to the building are still at large is symptomatic of the country’s failure to deal with some of its most obvious problems. That it is unable to provide justice for three of its young people denotes wider failings in caring for this generation. Bright, hardworking and foreign-educated, Papathanasopoulou, Zoulia and Tsakalis had much to offer but Greece, tragically, missed out. It is missing out in a similar way as more young Greeks with similar qualities and who have the skills to be agents of change abandon the country due to a lack of opportunities and eclipsing faith in decision makers.

A step toward recompense for the families of the three victims was made this week, when an Athens misdemeanors court handed sentences of between five and 10 years to Marfin’s CEO and two members of staff it considered to have contributed to the deaths. Some people were angered that Greece convicted three bank employees over a fire they did not start when it had not caught the arsonists who started the blaze. It’s certainly an unsatisfying way of handling the matter but one trial does not preclude the other.

The court heard that there were poor fire prevention facilities at the bank, that protective windows had not been installed despite complaints, and that staff had not been provided with a proper escape procedure. A Labor Ministry investigation conducted in 2010 found that the branch did not have a fire safety permit, did not conduct fire drills and had only one emergency exit, operated by a remote-control device that was hard to find in the smoke. Based on what was heard in court and the judges’ verdict, Papathanasopoulou, Zoulia and Tsakalis were abandoned to their fate.

Again, parallels can be drawn between their working environment and those of many others in Greece, where health and safety regulations are often ignored. Despite repeated measures to make Greece’s labor market more flexible since 2010, little time has been devoted to making workers’ safer.

The court’s decision was applauded by the victims’ relatives but whatever moral restitution they take from this decision must be surely tempered by the fact the perpetrators have not yet been brought to justice. Greece continues to fail those who have suffered the unacceptable and distressing consequences of its slide into the abyss. It is up to the authorities to correct this.

There is, however, an onus on all of us to ensure that more lives are not lost in such a senseless way. As we continue to mourn the lost potential and unlived lives of three young Greeks who died in the Marfin fire, we should also appreciate it is a minor miracle that many others have not lost their lives in such an abrupt way over the last few years as our anguish, anger and hate has poured onto the streets of Athens and other cities. Apart from Dimitris Kotsaridis, the 53-year-old construction worker who collapsed amid the tear gas in front of Parliament in October 2011, and at least two fatal attacks on migrants by suspected supporters of Golden Dawn, Greece has numerous broken bones and other ailments to count, but not deaths.

We should not underestimate how fortunate we have been. Between the self-gratifying destructionists bearing chunks of marble and Molotov cocktails on one side and the monolithic police armed with tear gas and batons on the other, too many lives have been put at risk. So, ahead of this autumn, when the government is likely to face a new round of protests, perhaps more intense than recent ones, we must find ways to defuse the tension that has been building since 2010. We have been fanning the flames of the Marfin fire for more than three years but this week’s court decision should provide the impetus for us to think about where this will lead. The increasingly virulent exchanges between New Democracy and SYRIZA, the poison of Golden Dawn and the exasperation felt by a substantial part of society are forming a combustible mix. If we are to respect the brief lives of Papathanasopoulou, Zoulia and Tsakalis we cannot abandon others to their fate. If we don’t take the chance to step out of the ring of fire now, the flames will engulf us.

11 responses to “Ring of fire”