Why are you afraid of the Greeks, Mr Cameron? 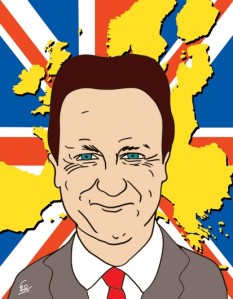 British Prime Minister David Cameron is a worried man these days. He has every right to be. An opinion poll earlier this month gave the Labour Party a 14-point lead over the Conservatives, the largest for Cameron’s rivals since 2002. The strains in his coalition with the Liberal Democrats are showing as the public questions his government’s austerity policies, welfare cuts and vapid initiatives, such as the Big Society. The UK economy is in its second recession in four years, the country’s longest slump since the 1930s. And, one of the UK’s largest banks, Barclays, has just been fined for trying to manipulate the Libor rate for inter-bank lending.

On Tuesday, Cameron set aside these worries and discussed with a House of Commons committee a completely different set of concerns, the most significant of which was what Britain would do if Greece were to exit the eurozone. “I would be prepared to do whatever it takes to keep our country safe, to keep our banking system strong, to keep our economy robust. At the end of the day, as prime minister, that is your first and foremost duty,” he told MPs from all parties.