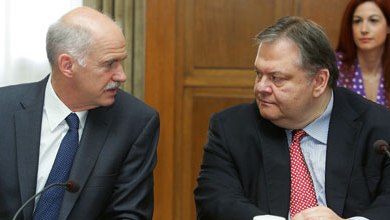 It’s a feature of politics at its Machiavellian best that even the worst of enemies can end up relying on each other for survival. So it was on Thursday, when Prime Minister George Papandreou called on his one-time bitter rival Evangelos Venizelos to take on the mammoth task of steering Greece through the economic crisis. Venizelos has craved influence and attention for years but as Greece’s finance minister at this particular juncture, he may find that getting what he wished for wasn’t worth the wait.

The Thessaloniki MP and former defense minister should be aware of the dangers of being thrust into the spotlight when the timing is not quite right. His recent political career has been defined by a moment of political opportunism that went badly wrong. Following a disastrous showing for PASOK in the general election on September 16, 2007, Venizelos attempted to usurp Papandreou as the party’s leader. Even before the final results were in, he headed to Zappeio Hall in central Athens, where the PASOK chief had minutes earlier conceded defeat, to announce he was launching a leadership challenge.