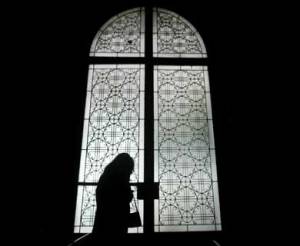 It was a poignant way to open what is likely to be a troubled academic year. In his customary message to elementary and middle school teachers and pupils, Archbishop Ieronymos, the head of the Church of Greece, admitted that the older generation has failed in its task to bequeath a better world upon the younger generation.

“The world that we have made for our children is unfair and divided by a deep fissure that cuts through all societies and splits them into those who are prosperous and those who are not,” he said. Nobody can doubt the accuracy of the archbishop’s assessment of the mess being passed on to young people in Greece and around the world.

However, the rapidly deteriorating economic and social circumstances perhaps demand that Ieronymos adopt a more decisive role than that of a detached commentator. The Church of Greece, though, remains bafflingly silent on the crucial issues bedeviling Greece today. The rise and condemnable behavior of far-right Chrysi Avgi (Golden Dawn) is one of the worrying developments that the church has yet to take a position on.

END_OF_DOCUMENT_TOKEN_TO_BE_REPLACED

Plans to build a fence on Greece’s border with Turkey in Evros have clearly divided opinion. Nowhere is the split more visible than in the Church of Greece, where two bishops have taken diametrically opposite views in the space of just a couple of days.

Bishop Anthimos of Thessaloniki, perhaps the church’s most prominent cleric, expressed support for the project to erect a 12.5-kilometer fence near the River Evros and between villages of Nea Vyssa and Kastanies.

“The fence should be built where they say but not just there,” he said. “They should extend it further down to the village of Poros, where a whole load of illegal immigrants cross every day.

Anthimos also accused politicians of “delaying to take decisions” and said that he had been warning about the dangers of immigration “for the last 15 years.”

The bishop’s comments are no surprise as he is known for being outspoken and adopting a firm nationalist line on most issues.

The comments a few days later of Bishop Anthimos of Alexandroupolis could not have been in greater contrast to the position adopted by his namesake in Thessaloniki.

“This is a desperate move that is destined to fail and which is more in keeping with other times and other places,” he said in a statement in which he asked a perfectly reasonable question that has not been broached by the government.

“So, what will happen when the migrants amass on the bank of the Evros River on the Greek side of the border behind the barbed wire when it is snowing or the water is rising? Will those people remain there, drenched and without food until they are forced to make their way back to Turkey?

“This is not a solution, at least it is not a civilized one. Will we just sit idly by and watch them drown, starve to death or be ravaged by mosquitoes?”

Anthimos of Alexandroupolis then went on to inject a global dimension to the problem, which is something that is also being overlooked in the debate over the pros and cons of constructing a fence.

“Of course the wave of illegal immigration must stop but I do not think it will as long as Western countries continue their unfair treatment of the poor and underdeveloped countries of the South and Asia.”

The contributions from the two bishops are welcome additions to the debate, particularly in the week that the Church of Greece warned its clerics say publicly after Bishop Seraphim of Piraeus stoked controversy by making comments that offended the Muslim and Jewish communities in Greece.

Anthimos of Alexandroupolis in particular has made some pertinent observations that should make those who have rushed to support the idea of the Evros fence to think again. One key question stands out: could it be that by erecting the barrier, Greece will great a worse humanitarian problem than the one it has to deal with now?