When US presidents meet Greek premiers: Tales of high significance and low expectations 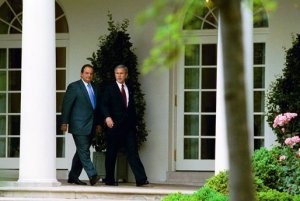 As he rides up Pennsylvania Avenue in Washington on Thursday, Greek Prime Minister Antonis Samaras might allow himself a wry smile. For so long an outcast of Greek politics and more recently a pariah among European peers, Samaras has seen international leaders rally around him since he came to power last June. And now, the big one: A meeting with Barack Obama in the White House.

Leaving aside the moment’s personal prestige, Samaras is actually following a well-trodden path, which has led Greek premiers from Athens to the White House over the course of eight decades. Since Konstantinos Tsaldaris left the civil war behind in December 1946 to visit Harry Truman and ask for financial and military assistance, eight Greek leaders have made a beeline to Washington in the hope of finding some succour. In fact, Costas Simitis, who met George W. Bush in 2002, is probably the only Greek prime minister who arrived with something to offer. The ex-PASOK leader gave Bush a new euro coin and a sweat shirt with the Athens2004 Olympics logo on it.

Samaras will be in Washington when Congress is not in session. Some have seen this, along with the fact he was not offered a working lunch with Obama, as a sign that his visit is of minor importance. The Greek premier, however, can take comfort in knowing that his arrival will be less of an inconvenience to the US President than the April 1961 visit of Constantine Karamanlis. The conservative leader was having lunch with John F Kennedy at the White House on the same day that the failed Bay of Pigs invasion was launched in Cuba.

END_OF_DOCUMENT_TOKEN_TO_BE_REPLACED

A house in the middle of the street 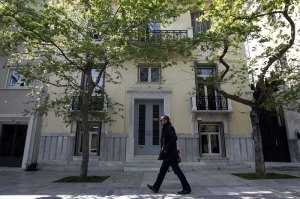 It must have been almost a year ago when Dionysiou Areopagitou Street was teeming with Athenians and visitors as spring escaped from the clutches of a drab and depressing winter to spray paint the capital’s most attractive walkway with color. Reveling in the sunshine and the essence of hope, smiles re-emerged on people’s faces, eyes twinkled and hearts beat in rhythm.

The sun’s appearance seemed to banish the doubts that had been pummeled into Greeks’ minds as a result of the collapse of George Papandreou’s government a few months earlier, the worsening economic situation and the fears about the country’s future in the euro.

It proved to be a false dawn, but on that sun-kissed March day in Athens, there was a hint that normality might return, that a stroll in the shadow of the Parthenon could be carefree. The Attic light streamed into each corner and pore as hundreds of people sauntered around the Acropolis and along a road named after an Athenian judge, Dionysius the Areopagite.

END_OF_DOCUMENT_TOKEN_TO_BE_REPLACED

It’s never really been determined where the proverb “The enemy of my enemy is my friend” originated. In a way, it’s fitting we don’t know because it’s a philosophy that has been applied throughout time and across the world. Many people feel that Greece’s rapprochement with Israel over the past few weeks, culminating in Israeli Prime Minister Benjamin Netanyahu’s visit to Athens this week, shows that this age-old proverb still has relevance today.

There is no doubt that relations between the two countries have come a long way in a very short period of time. It was only in the 1980s that Israel viewed Andreas Papandreou’s Greece as a rogue state that gave succor to Palestinian terrorism and Arab radicalism. Papandreou had aligned himself with the Arab world when many in his PASOK party felt that Greece should play a leading role in the Third World, creating a new force that could spring up between the communist East and capitalist West. He also believed that by currying favor with the Arabs, he could ensure their support in his dealings with Turkey and perhaps convince them to invest in Greece.

It is ironic that Papandreou’s son, George, should now attempt to follow a dramatically different course, one that runs between the Arabs and Israelis rather than veering to one side. Of course, he does so in an environment that is nothing like the one experienced by his father. There are no eastern and western blocs now: The pieces on the geopolitical chessboard are in constant movement. Also, Turkey is now the region’s big player – when it talks, the Arabs listen, not the other way round. And, as far as foreign investments go, the weak presence of Arab capital in Greece never seemed to merit sacrificing the country’s foreign policy. Attempting to lure the Chinese yuan rather than Arab petrodollars appears to offer far greater rewards.

So, in brutal, realpolitik terms, it seems to make perfect sense for Greece to upgrade its relations with Israel and continue a process of reconciliation that began tentatively in the 1990s. But, by reaching across to Israel, Papandreou runs counter to a strong anti-Israeli, and in some cases anti-Semitic, current in Greek society. Israel is still regarded with suspicion and anger by many Greeks who view the Palestinians as their spiritual kin. Israel’s decision at the end of May to board six ships, two of which were Greek, carrying humanitarian aid to Gaza – leading to nine activists being killed and 35 Greeks arrested and deported amid claims of abuse – fed rage among many Greeks about Israel’s role in the Middle East and rocked relations between Athens and Jerusalem.

So, many find Papandreou’s decision to warm to Israel rather shallow. They are convinced that Greece is only interested in playing its newfound friendship with Netanyahu’s government against Turkey, at a time when Ankara and Jerusalem, who for so long had a flourishing relationship, are failing to see eye-to-eye. There is little doubt that the breakdown in relations between Greece and Turkey has acted as a catalyst for Netanyahu and Papandreou, and that the dividing line between opportunity and opportunism is very thin indeed. However, anyone believing that Turkey would be overly concerned by Greeks and Israelis conducting joint air force exercises or working together to manage their water resources is fooling themselves. Turkey, which is seeking an ever more active role in Iraq and closer ties with Iran, is jostling for position at the bargaining table with the USA and the world’s other major powers, where Greece is far from the biggest chip in the pile.

Rather than a brave piece of triangular diplomacy, Greece’s approach to Israel should be seen as a common-sense move. At a time when so many aspects of international relations are in flux, especially in the broader region around Greece, and when the local economy is being tested like never before, it seems only logical that Athens should aim to have as many friends and as few enemies as possible.

This commentary was written by Nick Malkoutzis and was published in Athens Plus on August 20, 2010.

Green sun up in the sky 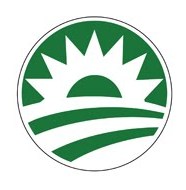 Greece is waking up to a new government today after a stunning victory by PASOK which swept New Democracy aside after a larger than expected number of Greeks gave their negative verdict on 5.5 years of troubled conservative government.

The magnitude of the victory achieved by PASOK and its leader George Papandreou should not be underestimated. With PASOK winning just under 44 percent of the vote and New Democracy just 33.5, the Socialist achieved the kind of difference between the top two parties that has not been seen since the 1980s.

That was when Andreas Papandreou, George’s father, was in his prime and PASOK’s green sun shone down on most parts of Greece. Now, George Papandreou follows in his father’s and grandfather’s footsteps by becoming prime minister of Greece with the green sun high in the sky. The question is if and for how long Papandreou will be able to keep it there.

His clear majority in Parliament, thanks to the 160 seats PASOK won on October 4, gives him more wiggle room than the centre-left party could have dreamed of. But Papandreou faces a huge list of tasks to take on and the odds are stacked against him. But Papandreou might not mind expectations being low, in fact, he will probably prefer it. After his election defeat in September 2007, Papandreou was at his lowest ebb. Media barons and some members of his party were pressuring him to resign. Numerous pundits predicted the end of his political career.

However, Papandreou braved the flak – often personal and disparaging – and fought off a leadership challenge from Evangelos Venizelos. It was interesting to see that Venizelos, who famously threw his hat into the ring before the results of the election two years ago had been confirmed, was one of the first to publicly congratulate Papandreou on his “personal” victory on October 4. They say a week is a long time in politics, two years is an eternity.

This is something that the outgoing prime minister Costas Karamanlis will testify to. Although New Democracy’s popularity had begun to wane in September 2007, nobody could have imagined that the conservatives would suffer such a crushing defeat just 25 months later.

Karamanlis chose the only option available to him by resigning and starting the process to elect a new party leader. It was regarded as a brave move by most commentators and the swiftness of his decision and the honesty of his statement, in which he admitted that his power base was the relationship of trust that he had built up with some citizens but this had now disintegrated, certainly mean that he can leave office with some dignity intact. But in many ways it was too little too late from Karamanlis, who like a child that fails to do his homework on the first two occasions, asks for a third chance to get the job done.

His campaign was never convincing and New Democracy is clearly a party in disarray – as soon as the security of power started to seep from its ranks, infighting and personal agendas took over. For this, Karamanlis must take a big share of the blame. It is one of the reasons that history will probably not judge him very favourably. He inherited a country on a high, full of a sense of achievement after entry into the eurozone, consistent economic growth, a growing infrastructure and the host of a unique Olympic Games but in more than five years took it nowhere in particular.

Papandreou’s task in contrast is much more difficult. He takes over a country mired in chronic problems and with no obvious ideas of how to solve them. He and PASOK will have to find some answers quickly – if they have learned anything from the failure of Karamanlis and New Democracy it’s that you have to seize the opportunity while its there. The conservatives failed to do so and have dragged Greece to the precipice. If PASOK follows suit, it will plunge the country into a black hole where the neither the green sun, nor any other light, shines.