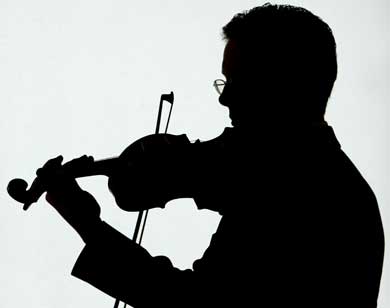 They were hardly dancing in the streets of Athens at the news of the debt deal reached in Brussels but a busker was playing his violin at Monastiraki metro station on Thursday. It was a reminder that despite some 100 billion euros being quarried from Greece’s debt mountain, Athens still has the begging bowl out and remains ensconced deep inside a long tunnel.

The biggest positive from the haircut agreed by eurozone leaders and the banks that hold Greek bonds is that it removes some of the uncertainty surrounding Greece’s present and immediate future. The incessant speculation since the July 21 agreement, which was dead in the water, had a corrosive effect on any attempts both in Greece and the eurozone to tackle the debt crisis. Removing this uncertainty means that at least temporarily the mist has lifted and we all know where we stand.

The reduction of Greece’s debt is also a welcome development as it’s the first real indication that the previous packages were detached from the reality of the country’s dire fiscal situation and its catastrophic debt dynamics. The first step to addressing any crisis must be a healthy dose of self-knowledge.

Striking some 100 billion euros of debt from Greece’s balance sheet will provide some relief. Finance Minister Evangelos Venizelos says it will lead to Greece paying out 5 billion euros less each year to its lenders. If this means that the government can hold back on tax ambushes like the ones it has sprung over the last few months, then that would provide some respite for over-burdened Greeks.

Similarly, Prime Minister George Papandreou revealed that the 50 percent haircut means that Greek banks, which own some 70 billion euros in national bonds along with Cypriot lenders, will have to be nationalized. The injection of capital that will come from the effectively bankrupt Greek state will also lead to further borrowing. Then, there is the question of the Greek pension funds, who also hold 26 billion euros in debt, and how they will be prevented from going bust.

So, in effect, we have swapped one major uncertainty for several smaller uncertainties. But it doesn’t end there.

For all his talk about the debt deal hopefully signalling a “new dawn” for Greece, Papandreou knows that it could be the death knell for his government. PASOK has been running out of runway over the last few months, laden with the baggage of the past, divided by internal neuroses and battered by the series of unpopular austerity measures it has adopted. The Brussels agreement will only buy this government a little time to lift the country out of depression.

To achieve this, it must find a way to halt the seemingly endless slide of the Greek economy, which is closing out its third year of debilitating recession. Papandreou said in his Brussels press conference that his government is committed to achieving a primary budget surplus next year. How it will do this when tax revenues are nosediving as thousands of businesses shut down, jobs are lost and wages are cut, is an impenetrable conundrum. It will have to convince its eurozone partners that either the fiscal targets have to be relaxed or that there needs to be more investment in Greece. Structural reforms will also help but we cannot expect these to happen quickly at a time when the wheels are coming off the state apparatus.

The deal struck in the early hours of Thursday morning means that it will be easy for the government to try to bend EU officials’ ears, as they will be based permanently in Athens to monitor Greece’s progress in meeting its targets. However, the Europeans setting up a permanent base camp presents another problem, which is that it rekindles the debate about national sovereignty and how much of it Papandreou and his ministers are surrendering to the EU and the IMF.

The discussion threatens to descend into puerile nationalist nonsense as seen by the recent references to the head of the European Commission’s task force in Greece, Horst Reichenbach, as a “gauleiter”. The opposition parties have already raised the issue but it’s worrying to see that New Democracy leader Antonis Samaras could not resist the temptation to make it a key theme of his response to the Brussels deal. While there is a serious debate to be had about how much ground Greece is willing to cede to its lenders, there is also a lot of hypocrisy in the claims of sovereignty being infringed. Like other eurozone members, Greece signed away a lot of its sovereign rights when it joined the single currency and ND should remember that during its previous term in government, it sold stakes in strategic public assets — OTE telecoms and Piraeus port — to foreign investors. Greece cannot live in isolation and will not survive without working with others, so this debate needs maturity.

Unfortunately, this is one of the characteristics painfully absent from Greece’s political system and public life. And this is where the country’s greatest uncertainty lies. Its politicians and leading public figures cannot unite behind common ideas and policies. The political system is fragmented and voters are bewildered. PASOK cannot win a general election, but there are serious doubts whether ND could either. None of the other parties have shown any great willingness to work with each other. So, if as seems quite likely, the government is forced to call elections over the next few months, the country will enter a political no man’s land that could be littered with mines.

There doesn’t seem to be anyone willing or capable of lifting the huge burden that remains on the country’s shoulders despite the planned haircut. That’s why the uncertainty seems greater than it ever was. Like the music from the metro busker, Thursday’s debt deal is likely to be just a brief interlude in Greece’s troubled existence.

One response to “A brief interlude”