Greece, land of pain and joy 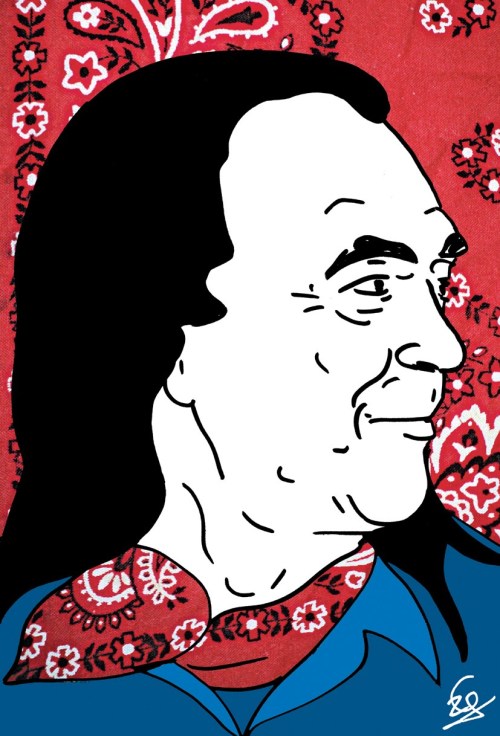 There are rare moments when a thread of togetherness winds its way through a country to lift its everyday burdens. Sometimes, these moments are born from political, sporting or other types of victories. But victories tend to bring out the worst as well as the best in people. It’s usually moments of grief or sadness that stoke the purest of emotions, creating a fleeting sense of community before it’s sucked into the morass of daily stresses and strains.

Greece experienced such a moment last Sunday when the death of singer-songwriter and musician Nikos Papazoglou was announced. He was an unassuming man who made rare public appearances and dodged the media spotlight. The reaction to his death was a reflection of people’s love for his pure and passionate music, but it was also a sign of respect for Papazoglou the human being: as an artist he shunned commercialism and stayed true to his values and as a man he remained humble and generous despite his fame.

The reaction to his death was an evanescent moment of hope. Privately and quietly, people honored a man that represented goodness, honesty, devotion and humility – the opposite of everything modern Greeks are purported to represent. It was a moment for those who hold these qualities dear to let out a cry of frustration at Greece’s plight. Years earlier, Papazoglou had identified the inner turmoil that many Greeks feel about their country in his song “Ah Ellada” (Oh Greece). It professes a love for a contradictory homeland that “blackmails me, bothers me, casts me off like a bastard and clings onto me.”

It’s an anthem for those who are torn between love for their country and hate for what it has become. These are the people who live respectable lives, who are aware of Greece’s ills but who have been unable to prevent Greece’s demise. The frustration for these people is that they appear invisible to the outside world. The debt crisis has led to all Greeks being pigeonholed as liars, cheats, tax dodgers and beggars. It’s a one-size-fits-all image promulgated by domestic politicians who want to share the blame with a voiceless accomplice, by an over-zealous local media that wants to atone for its own murky role in the country’s slide into the cesspit and by some international observers who smudge the dividing lines to deliver a neatly-packaged story, so – as was the case last week – reports on the dispute over the planned landfill in Keratea are transformed with no regard for objectivity into stories about hardline resistance to the government’s austerity measures.

Facts have been a major casualty in this stereotyping but so has the opportunity for an alternative point of view to be heard. Minds have been made up and judgments have been passed. Even some members of the Greek diaspora have hurled invective against their brethren, displaying self-loathing for a people who have supposedly blackened the name of Greece and sullied the legacy of the ancient Greeks.

It shows how quickly reputations can be ruined. In 2004, the Greeks were earning praise from around the world for being worthy torchbearers of the ideals born in Ancient Olympia. Of course, few people outside Greece then were concerned about what organizing the Athens Olympics cost. It’s only when you’re broke that people become experts on what you should or should not have spent your money on. It also gives them license to address you with all kinds of epithets. So, Greeks were labeled corrupt en masse with no regard for the fact that the serious graft was carried out by a small group of politicians, public officials and businessmen, and that much of it took place with the help of foreigners from countries that today preach to Greece about how it should follow the righteous path.

There was a poignant moment this month when on the same day (April 11) there were significant legal developments in Munich and Washington regarding the payment of kickbacks in Greece. In Germany, two former managers at Ferrostaal were charged with paying bribes of more than 62 million euros to win submarine orders in Greece and Portugal. In the USA, Johnson & Johnson agreed to pay $70 million to settle charges that it paid bribes to win business inGreeceand several other countries. It was a reminder that claims that Greeks are somehow more genetically conditioned to be corrupt than others are as racist as they sound. It takes two for an illegal transaction to happen and Greeks were never short of willing partners from abroad.

All these suspect deals were paid for by Greek taxpayers – the same taxpayers that now stand accused of being immoral themselves thanks to the misconception that tax evasion in Greece is a “national sport.” The truth is that it’s a game played by a minority, albeit a significant one. Civil servants and private sector employees, who make up roughly three quarters of the country’s 4.4 million workforce – have their wages taxed at source and contribute their fair share. There is, however, considerable tax evasion among the 1 million or so self-employed – particularly the top earners in that group – and among businesses, where entire sectors such as gas stations enjoyed a free ride for decades. This is starting to change but it does nothing to alleviate the exasperation felt by millions of Greeks who have always paid their way but are nevertheless regarded as swindlers.

If these people are not being branded cheats, then they are accused of being accessories to the plundering of public coffers, the haphazard handing out of state sector jobs and the construction of a corrupt state by voting for governments that carried all this out with impunity. This charge is difficult to deny, at least in relation to the years that Greece has not been under a dictatorship or operating as a foreign protectorate. Each citizen has to accept a portion of the blame for the country’s plight but that portion cannot be equal among all. There are those who have profited directly from their political choices and they must carry the heaviest burden.

To those who say that Greeks deserve everything they get because they voted for corrupt governments, one could point out that not so many years ago, a relatively young man reformed his party and ran for office on the promise of stamping out corruption and tidying up public finances. He comfortably won a general election largely on the back of these promises. His name was Costas Karamanlis and his administration turned out to be one of the most disastrous in recent history as corruption grew and public finances imploded during his five years in power. It’s one of the defects of democracy that quite often the people you vote for in the hope they will improve things turn out to be huge disappointments. Greeks, for example, could just as easily look at other countries and wonder what possessed Americans to re-elect George W. Bush or Italians to persist with Silvio Berlusconi as their leader.

In reality, Greeks have no more of a predilection for poor rulers or bad governments than people elsewhere. Nor do they have a pathological tendency to lie, which is another accusation that has been thrown at them as a result of the furor over the country’s economic statistics. Again, this is a misinterpretation of the facts because Greece’s dodgy deficit forecasts revealed an institutional weakness within the eurozone rather than a weakness of character among Greeks. The revision of Greece’s deficit forecast when PASOK came to power in October 2009 was the result of a political fudge rather than a statistical trick. Like all eurozone governments, the Greek one sent its deficit forecasts as well as its statistics to Brussels to be checked. Although both sets of figures were dispatched by the country’s statistical service, the deficit forecast was drawn up by the Finance Ministry and was simply forwarded by the statisticians. The process was open to political exploitation and the New Democracy government, about to fight a general election, chose to present a rosier picture of the economy than was actually the case. The incident has prompted the European Commission to introduce stricter oversight rules but a whole people remain stigmatized, dismissed as liars, because of weak rules and even weaker rulers.

It may be this sense of injustice that prompted six Greeks to take legal action this week againstGermany’s Focus magazine, which in February 2010 published a front page featuring a statue of the goddess Aphrodite displaying her middle finger to the world next to the headline “Swindlers in the Euro family.” The magazine ran a feature about Greece’s “2,000 years of decline,” including reports of tax fraud and failed construction projects. The six Greeks who are suing the journalists involved for libel and defamation allege the article included false claims and was insulting to the Greek people. It could be the first attempt to restore some balance to the criticism of Greece and its people.

The accusations leveled against Greece have been grave given that its economy makes up less than 3 percent of the eurozone and it amassed a huge public debt in full view of its partners and lenders, both of whom are now profiting from providing it with the money to stave off bankruptcy. Germany, by its own estimates, is making a profit of 600 million euros a year on the money it has lent as part of Greece’s bailout package, while investors are purchasing Greek bonds at record yields.

Greece, as a country, broke the rules but the price is being paid by a lot of people who are innocent of the charges of corruption, selfishness and mendacity indiscriminately leveled against them. Those who criticize and curse Greece should be in no doubt that Greeks are suffering for the mistakes of the past: they are losing their jobs, having their wages cut, paying higher taxes, seeing their pensions slashed, watching their labor rights being eroded and are living with constant uncertainty about what the future holds.

Contrary to popular belief, many of these people have followed the rules, paid their taxes, made their pension contributions and stood for what is right. Some of them have been snared in the cogs of a misfiring and malfunctioning system. Some have their hands full trying to eke out a living in trying circumstances. Others have given up hope of being anything more than hostages to the egoism of the few. But there are those who keep the hope alive, who persevere and remain true to their beliefs, as Nikos Papazoglou did. The reaction to his death, the coming together of minds and souls, was ephemeral but it was a reminder that decent and passionate people exist and that there might be enough of them to turn this country around. “The sweetest homeland is the heart… whose sacred earth is pain and joy,” he sang in “Ah Ellada.” Those who really love Greece have suffered enough pain. They deserve to share in some joy.

8 responses to “Greece, land of pain and joy”